How does a power store work and which is suitable for my house? 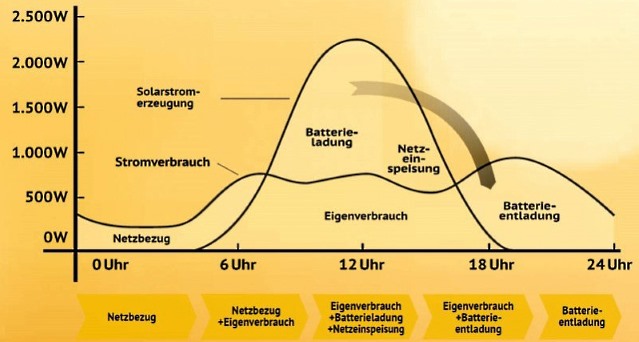 2: Emergency power supply in the event of a power failure. The battery feeds the house network via an inverter and thus protects against a power failure with failure of important appliances such as heating, freezers, telephone, etc. High-quality systems feed into the home network on all three phases, the battery is also charged by emergency power and by solar power Can take an infinitely long time.

It is not easy to learn about the battery storage systems for self-consumption optimization and to assess the corresponding systems regarding costs, functionality and performance.

Technology platforms
In general, self-consumption systems can be divided into the 3 classes of DC-coupled, AC-coupled and integrated systems.

DC coupled systems can not normally be retrofitted and convert the DC current from the roof into a DC charging current. The battery voltage is then converted into 230 V / 400 V alternating current and fed into the mains. 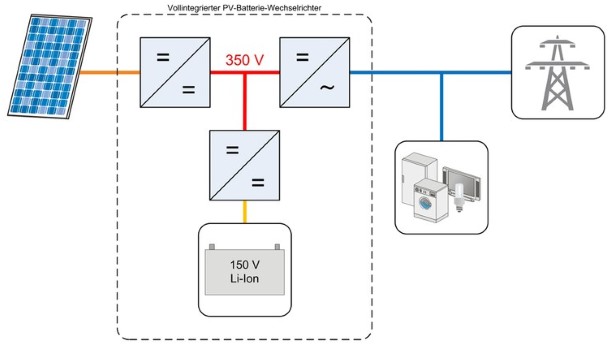 With the integrated systems everything is housed in a housing and it is not clear exactly how the devices are built up, in the normal case they are DC coupled.

Which technology for you has the most benefits is to judge case by case, let them advise.

Batteries
Normal chemical batteries based on lead-gel or with new lithium technology are used. Staying batteries are cheap and have a smaller cycle and calendar life. Of the installed capacity, only about half can be used, since lead batteries should never be completely discharged. Lithium batteries last up to 20 years and can be charged and discharged almost infinitely. They have a good charging and discharging efficiency and costing you about the stored kilowatt hour approximately half of lead accumulators.

Inverter
Important for the inverters, battery charging devices and DC / DC converters is a high efficiency and a reasonable output so that the generated solar current can also be charged into the battery or at night the consumers can be fed as much as possible.